Though I brought an underwater camera with me on this trip, I only took it with me on three dives.  The pictures below are from the third dive.  If memory serves, they were taken at a dive site called Fire Coral Reef.  Below are among the better shots I managed to get of the marine life in the area.

First up is a Yellowtail Snapper.  There were a lot of these guys swimming around. 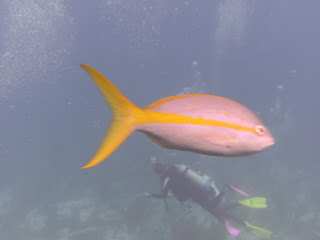 Next up is a French Angelfish.  These fish were a pain in the ass to photograph.  Every time I would focus on it, it would turn into the coral facing away from me.  Finally, after numerous attempts, this was the best side view I could get.  French Angelfish are very beautiful, and this photograph hardly does it justice. 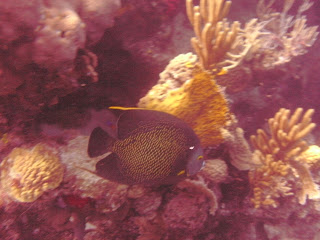 I was the only one in our group to spot this small Nurse Shark.  It was swimming over a bed of coral a few feet away from me, so I had to swim really fast to get above it to get this shot. 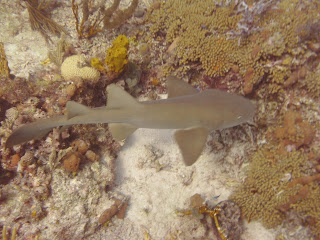 The Bahamas contains a diverse population of angelfishes.  This next one is a Queen Angelfish.  It was much more cooperative than the French Angelfish. 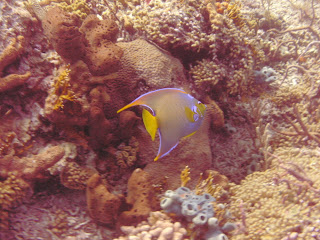 And yet another species of angelfish, the Gray Angelfish. 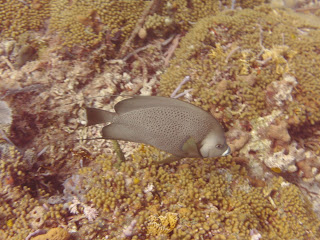 Here is a pair of Spotfin Butterflyfish.  My bad for not getting closer before I took the picture. 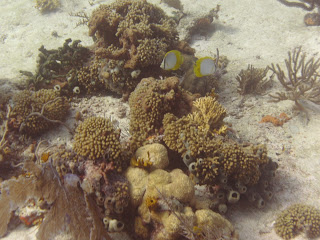 Next up is the dreaded Lionfish.  This is an invasive species that is indigenous to the Pacific.  When I dove in Belize in 2009, the only Lionfish I remember seeing was one caught by John, one of the crewmembers of the Sundancer II.  However, in the Bahamas, there were a lot of them.  You have to be careful with these guys, because they have poisonous spines.  It was really annoying for me, because some of the dive sites had very narrow grooves between the corals, and in some cases, small coral caves, that I liked to venture into and explore.  There were several occasions where I started to go into a narrow passage and then up ahead I would see a Lionfish just hovering there. 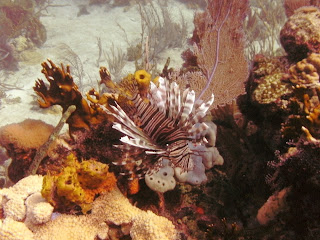 I'm not quite sure what this last one is.  My copy of the National Audobon Society Field Guide to Tropical Marine Fishes does not show this specific fish.  However, the guide does contain about a half dozen fish with the same shape but different colors.  I am guessing this is some kind of Trunkfish or Cowfish. 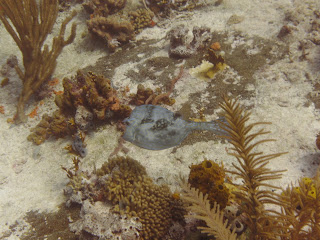 Clearly, there's much room for improvement in my underwater photography skills, though it will probably have to wait until next summer when I go to the Caymans.﻿