The Wisdom of the Ancients 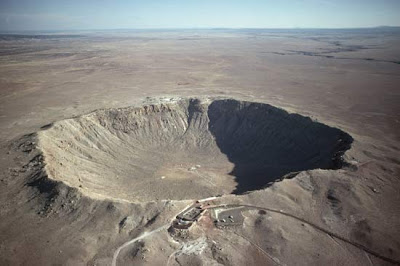 I recently finished reading the Penguin Classics edition of The Later Roman Empire, which covers the third quarter of the 4th century as written by Ammianus Marcellinus, who was alive during the period of time he describes.

While Ammianus focuses mostly on the military and political affairs of the time, he digresses on matters such as the origin of pearls, eclipses and comets, most of which have been omitted from the Penguin Classics translation, there is one passage included that caught my attention.
The central character of Ammianus' history is the last pagan emperor, known as Julian the Apostate. Ammianus describes how one night Julian "thought he saw a blazing light like a falling star, which clove its way through part of the air and vanished."
But the unintentionally funny part is when Ammianus goes on to write "In fact this fiery object was what the Greeks call a shooting star, which never falls or touches the earth. Anyone who thinks that bodies can fall from the sky must be set down as an ignoramus or a fool."
In fairness to Ammianus, he does offer some rather interesting and perceptive insights, such as when he notes that "according to the unanimous opinion of scholars, the circumference of the whole earth, which seems to us so immense, is no more than a tiny point in comparison with the vastness of the universe." Not long ago, my son brought home from school a work sheet about Christopher Columbus that repeated the canard that in the time of Columbus people still believed that the world was flat. Educated people have known for millennia that the Earth is round and this passage from a 4th century Roman historian is testament to this fact.
In another passage, Ammianus offers a nugget of wisdom that is very close to a line from the Buddhist Dhammapadda which tells us that "the greatest of victories is the victory over oneself." Ammianus writes "the truest glory is won when a man in power totally subdues his cruel and savage and angry impulses and erects in the citadel of his soul a splendid memorial of his victory over himself."
But my favorite passage from the book is from a section where Ammianus discusses the numbers of people wrongly imprisoned and executed during the reign of Valens on false or trumped up charges that reminded me of the climate of terror described in Solzhenitsyn's Gulag Archipelago.
"How much might have been put right in those dark days if Valens had been taught by wisdom the lesson of the philosophers that sovereign power is nothing if it does not care for the welfare of others, and that it is the task of a good ruler to keep his power in check, to resist the passions of unbridled desire and implacable rage, and to realize that, as the dictator Caesar use to say, the recollections of past cruelty is a wretched provision for old age. If a ruler is going to pass judgment on the life and existence of a man, who is part of the world and makes up the number of living beings, he ought to reflect long and earnestly, and not be carried away by passion to commit an act that cannot be undone."
For anyone interested in the history of the Roman Empire, I highly recommend reading The Later Roman Empire by Ammianus Marcellinus, who lived during a critical time when the frontiers of the Empire were coming under increasing pressure from barbarian tribes in Europe and from the Sassanid Persians in the Middle East.
Posted by Tommykey at 11:06 PM

It's sad that some people can't seem to grasp that being banned from commenting here means that they're not supposed to comment here anymore.

That would presume a certain level of intelligence, wouldn't it?