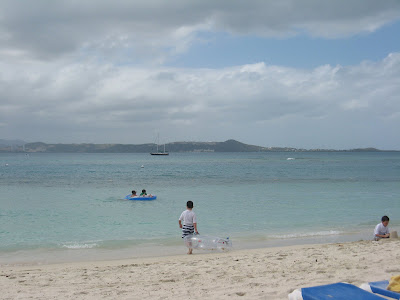 One of the attractions offered by the El Conquistador resort is that it has its own private little island called Palomino Island (or, Isla Palominos for you Spanish speakers!) just offshore from the resort, which we visited on Wednesday, the 18th. It's close enough that you can make out the El Conquistador across the water in the center of the picture above. In fact, I was surprised at how close many of the neighboring islands were. Puerto Rico's eastern islands of Culebra and Vieques were in easy view, and on a clear day, it was possible to glimpse the island of Saint Thomas beyond Culebra.

Overall, we had a nice time on Palomino, though my snorkelling excursion was disappointing and frustrating. First off, the coral formations were so close to the surface that it was impossible to swim over them, as I feared that I would scrape my legs against them. I would end up having to back up and look for a gap I could swim over. Then, on the return swim back to the beach I came up against a strong current that really wore me out. At one point, a staff member came up to me on a jet ski and asked me if I needed assistance. I decline the offer, and after resting for a few minutes, I was able to make my way back to shore. 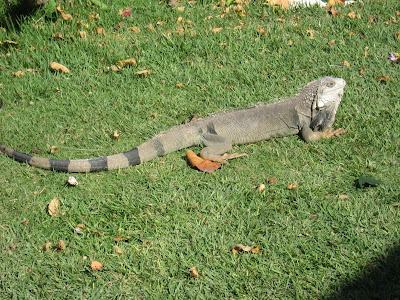 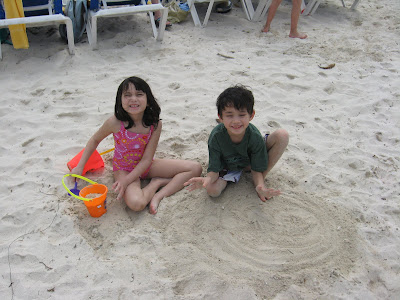 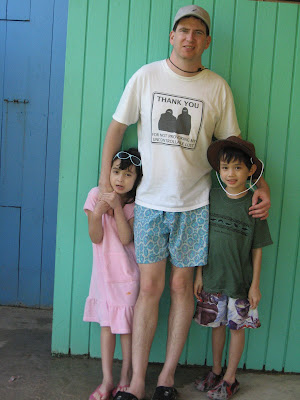 The kids and yours truly wearing his favorite t-shirt. 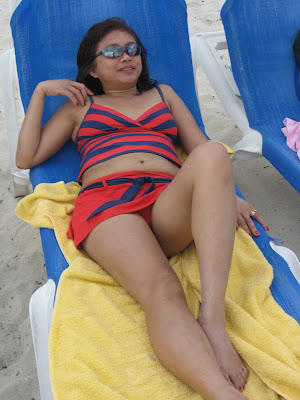 My wife as swimsuit fashion model. Almost every day she was bugging me to take pictures of her wearing one of the three new bathing suits she bought for the trip. 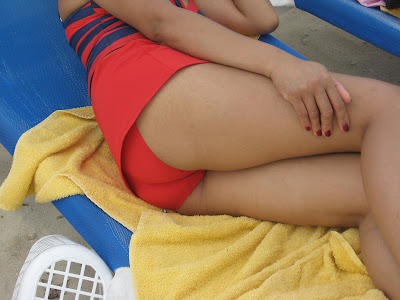 Nice pics, Tommy. Tell your wife for me that I think the swimsuit looks sexy :)

Grand Cayman was like that for snorkeling too and every crevice was filled with a spiky sea urchin - scary! My son got poked by one and it was quite painful.

"snorkelling excursion was disappointing and frustrating"

I know you were looking forward to doing that too. Bummer.

You better hang onto that woman, your wife. :O

You better hang onto that woman, your wife.

Oh, you can count on that!

Brian, it was like that in the Philippines when we went out on a boat dolphin watching and spending the day on a small island nearby. When we got back to the pier, the tide was low so we couldn't dock alongside it. We had to step out into the water and tread very carefully to avoid stepping on the numerous urchins.

Luckily, there weren't that many at Palomino Island. I saw one small cluster.

My wife would have killed me if I put that last pic up. There ain't no picture of her "buns" she deems acceptable for public viewing.

I used to spend a lot of time in Puerto Rico, years ago. My parents owned a place in Isla Verde, not far from the aeropuerto. We'd go up to the roof where the pool was and watch the planes land, when we got bored, which really wasn't often. We loved to try out all the local restaurants. Much better than eating in the hotel restaurants, a lot cheaper, and the food was more authentic. And the Puerto Ricans are great people. I miss it.