Inspired by the recent chain e-mail I received the other day, which I discussed in this post, I have decided to write my own version of "Isn't It Strange?" Here it goes:

It's strange, isn't it, that atheists and non-religious people can behave just as morally as religious people, but only in the context of religion does it seem normal when:

People walk around in public once a year with ashes smeared on their foreheads: 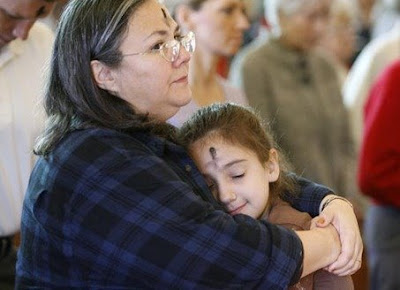 When men walk about in public dressed like this: 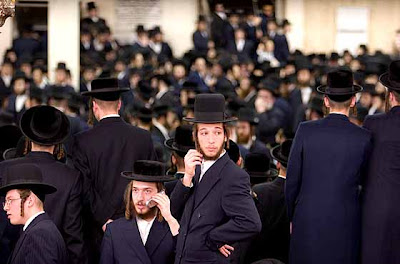 When women walk around in public dressed like this: 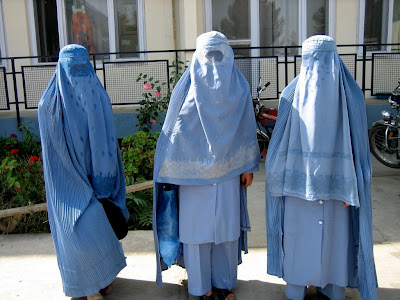 When people do their dishes using scouring pads like this*: 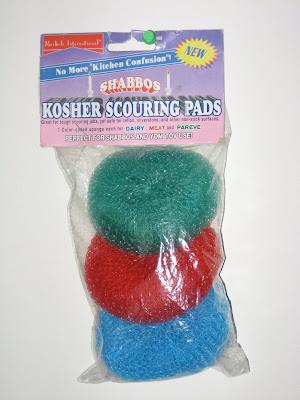 Isn't it strange?
*Not only are there color coded scrub pads so that observant Jews don't accidentally use the same scrub pad to clean a dish that contained a meat product and a dish that contained a dairy product, I also noticed that my local Shoprite sells color coded oven mitts too! Take away the religious justification for this, and we're talking about obsessive-compulsive behavior. So, what do you call it when people behave like this to appease a god that does not even exist?
Posted by Tommykey at 10:40 PM

The scrub pads...I thought you were kidding. Weird.Never heard of such a thing. Damn, I don't use any, just a spatula, saves on having to spend money on those color coded ones!

When I saw the oven mitts, Tina, I was like "They're just taking this too damned far!"

It reminds me of chemistry lab when you have to be careful not to mix the wrong things together so you don't get an explosion. So, what exactly happens in a Jewish home when meat accidentally touches milk or cheese? Does something blow up? Does their god smite one of them? What exactly happens?

^^And especially, what happens if they accidentally eat meat and cheese at the same time, is that allowed?

I don't know. Another Babylonian Captivity or Holocaust?

Perhaps there is some ritual or prayer that gets performed as some form of atonement.

I used to work with an Orthodox Jewish man, and he told me it was permissible to eat non-kosher if it was a matter of life and death.

I guess though that is why the insanity of the color coded kitchen implements, to prevent accidents from happening at all.

Not so strange.
After all if people are simply animals then everything we do is natural. All those odd things that religious people do must be a natural outworking of what it is to be human (as must the religious impulse itself).