Celebrity Spotting of the Day 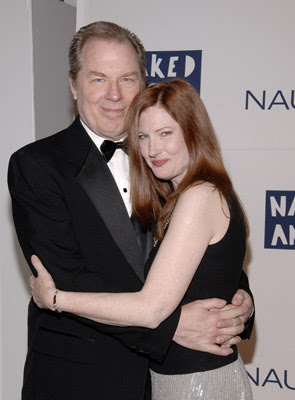 One of the small perks of working in Manhattan is that you frequently spot celebrities walking past you on the street or waiting in line at Starbucks.

Today I went into work late because of a meeting about my son at his school this morning. On the way to my office from Penn Station, I went into the Cosi restaurant on 7th Avenue between 36th and 37th Streets to get something to eat for lunch. However, the line was too long, so I turned around to walk out. As I headed for the door, an attractive older woman with red hair seated to my right with her back to the window caught my eye. She looked very familiar to me and I realized it was the actress Annette O'Toole. She was talking to a man who sat on the other side of her table, and as I got to the door, they were directly to my right. I realized that I recognized the man as well. I couldn't recall his name, but I knew it was the guy who played Lenny on Laverne & Shirley and one of the band members in the cult classic This Is Spinal Tap.

So, I googled Annette O'Toole, and was surprised to learn that the man she was with, actor Michael McKean, was also her husband. Whether O'Toole and McKean frequent Cosi enough to rack up enough points on their Cosi card for a free coffee I couldn't say.
Posted by Tommykey at 11:24 PM