A Solution To The Catholic Church's Priest Problem 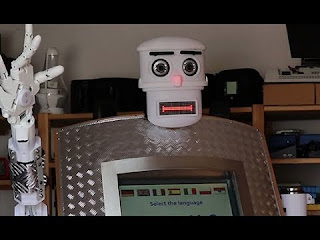 The Roman Catholic Church has a two-fold problem with regards to its priest situation.

First, there is the revelation that there has been a widespread and systemic problem of Catholic priests molesting children.  The extent of the abuse and its cover up by Church authorities have caused tremendous damage to the Church's moral credibility.  It has gotten to the point where the term "pedophile" has come to be associated with "priest" in the mind of the public not unlike how "Muslim" is associated with "terrorist."

Second, the Catholic Church, at least in the United States and Europe, is facing a severe shortage of priests as fewer and fewer young men are enrolling in seminaries.  In the United States, for example, four decades ago roughly 7,000 or more were enrolled, whereas for the last 30 years, that number has been consistently below 4,000.  There are a number of reasons why this is happening.  For starters, the lifetime celibacy requirement is probably not very enticing.  Thanks in part to the sexual abuse scandals, being a Catholic priest does not carry the prestige it once had.  It is not a financially rewarding profession.

There are some steps the Catholic Church could take that might mitigate the problem, such as allowing married men to be priests and abolishing the celibacy requirement.  An even more radical step would be to open the priesthood to women.  The latter in particular would be quite difficult to bring about, owing to more than a millennia of Church doctrine restricting the priesthood to men.  The Church would have to be in very dire straits to consider such a tectonic shift.

But what if there was another way for the Church to address its priest shortage that did not entail ending the celibacy requirement or letting women become priests?  Maybe it is time for the Roman Catholic Church to consider a 21st century solution to its priest shortage.

Perhaps it is time for the Catholic Church to explore the possibility of having robot priests!

Yeah, it sounds ridiculous on its face, but it is not impossible to do.  In Japan (where else, or course!) where an aging population has led to a shortage of Buddhist priests, a robot has already been programmed to chant at funerals.

What would be so bad about having robots function as Catholic priests?  After all, they would be celibate and incapable of sexually abusing children.  The Church would never run out of them as more could always be manufactured as needed.

Surely, a robot could be programmed to conduct a mass, dispense communion, and even have algorithms in its programming to hear confession and dispense the requisite penance based on the sins revealed by the confessor.

What say you, Pope Francis?  We're already developing sex robots!  If we're going to have robots for sin, shouldn't we have robots for salvation as well?
Posted by Tommykey at 10:29 PM 1 comments