On Banning The Veil 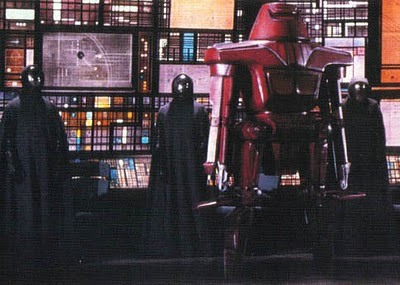 First things though, apologies for the lack of posting lately. I just haven't had the time to write, and when I did, I just could not seem to push myself to do it, even though I had a number of topics that were of interest to me. But anyway, here I am.

Unfortunately, due to my recent inactivity, I am a bit behind the curve in writing about proposals to ban the practice of Muslim women veiling their faces in public in countries such as Belgium and France. However, since I had already collected information from various points of view on the subject, I figure I might as well get it done and posted already.

The impetus for wanting to do write about this subject came from reading this post at Daylight Atheism by Sarah Braasch, who is an occasional contributor to that blog. Sarah makes her stance on the issue very plain:

It is beyond ludicrous to think that any society can maintain a liberal constitutional democracy with its electorate walking around in public with their identities wholly obscured. You first have to claim your humanity before you can claim your human rights. You first have to claim your citizenship before you can claim your civil rights. This is not possible without claiming one's identity. Identity is power. Why do you think misogynists impose the burqa upon women? To render them powerless.

I'll admit it: I hate the burqa and the niqab. I hate everything it represents. The oppression of women. The demonization of female sexuality."

In the May 29th-June 4th 2010 issue of The Economist, a letter-to-the-editor by an Elizabeth Purdam of the UK echoes the same sentiments as Sarah's:

"[W]earing the burqa...is purely and simply to do with the subjugation of women. It is about control and possession. It is overt and aggressive sexism and it is a disgrace that it is tolerated at all. We should no more tolerate the wearing of the burqa in public than we permit nakedness."

But while it may indeed be in some instances that the niqab (which is the correct term for the veiled attire worn by some Muslim women in Europe, which is distinguished from the burqa in that it does not cover the entire face but rather has a slit that reveals the wearers eyes) is imposed on Muslim women as a form of subjugation, that is not necessarily always the case.

In a post I wrote before on this topic, I opined that "I find the idea of Muslim women wearing veils in our society to be a provocative act. The veil serves not only as a physical barrier, but a psychological barrier as well. It is as if the Muslim woman views the rest of us as some kind of contamination to be kept at bay."

On the other hand, I also recognized the possibility that for a Muslim woman, "wearing a veil from her perspective is in its own way a feminist act. It is an expression of her individuality and her right to deal with our society on her own terms."

In this, I am reminded of a passage from Ayaan Hirsi Ali's book Infidel, which I have mentioned before, wherein she wrote of her feelings when she began to wear Muslim robes during her time in Kenya, "It made me feel powerful: underneath this screen lay a previously unsuspected, but potentially lethal, femininity. I was unique: very few people walked about like that those days in Nairobi. Weirdly, it made me feel like an individual. It sent out a message of superiority: I was the one true Muslim. All those other girls with their little white headscarves were children, hypocrites. I was a star of God. When I spread out my hands I felt like I could fly."

Another thing that unsettles me about the veil is that has the effect of dehumanizing the wearer in my eyes. Rather than seeing a living, breathing human female, I see a thing. Those of you who remember the largely forgotten 1979 Disney sci-fi film The Black Hole may recall that the protagonists discover the long-lost space vessel Cygnus, with seemingly only one human survivor left aboard, Dr. Reinhardt. His only company is the fearsome red robot Maximilian and large numbers of human shaped robots whom Reinhardt has garbed in monastic looking robes and tinted masks. As time goes by, the protagonists discover that these robed servants are not robots but are in fact the surviving members of the original crew who have been lobotomized by Reinhardt to be his obedient servants. My theory about why Reinhardt had their faces hidden behind the tinted masks was that in doing so, he could make himself forget that they were human beings so as not to trouble his conscience about what he had done to them. So much of what makes us human to one another is being able to see each other's faces. Hide that face behind a veil, along with virtually the rest of the body, and that person becomes, well, less than human.

But while seeing a Muslim women wearing a veil in public bothers me on a visceral level, as it clearly does to so many other people, is that a sufficient justification to support banning such an attire? When encountering a Muslim woman garbed in such attire, we tend to project our assumptions on to her about why she is dressed that way, while her actual motivation for dressing in such a fashion might be something else entirely. What we think about the veil says more about us, I should think, then it does about the women who wear it.

Cycads, a Malaysian feminist blogger, turns the issue of female subjugation on its head. European societies that want to ban the niqab or the burqa are actually the ones attempting to subjugate the woman who wears it. In this post, she writes, "The ban on the full-face veil in Belgium seems like the easiest thing to mete out as far as unconstitutional legislations are concerned. Out of about 215 women who wear either the niqab or burqa in the country, many belong to immigrant communities, many are hard done by multiple forms of discrimination already in addition to being economically disadvantaged and politically under-represented. Penalising them is like flicking away ants or beating someone when they’re already down."

In its May 15 issue, The Economist devoted both a leader and a full article on the push for a ban on the veil in various European countries. The magazine considers the arguments in favor of the ban but does not find them convincing:

"Europeans’ hostility to the burqa is understandable. It doesn’t just deprive them of the beauty of women’s faces; it offends the secularism that goes deep in European—and especially French—culture. Its spread goes hand in hand with the growth of a fundamentalist version of Islam some of whose proponents have attacked the secular societies they live in; and, at a time when those societies feel under threat, the burqa makes it harder for police to identify security risks.

[T]he three arguments for a ban—security, sexual equality and secularism—do not stand up. On security, women can be required to lift their veils if necessary. On sexual equality, women would be better protected by the enforcement of existing laws against domestic violence than by the enactment of new laws forcing them to dress in a way that may be against their will. On secularism, even if Europeans would prefer not to have others’ religiosity paraded on the streets, the tolerance that Westerners claim to value requires them to put up with it."

In the same May 29th issue in which the aforementioned letter of Elizabeth Purdam appeared in response to the May 15 article, another letter was published that was written by a Mohsin Zaidi of Brussels, Belgium. Zaidi writes "There is little distinction between a country that forces women to wear the burqa and a country that forces them not to wear it. Although the former is more easy to categorise as going against our Western notions of equality and secularism, the latter just as readily violates those fundamental principles."

As I wrote above, I admit I am troubled when I see Muslim women wearing veils in public here in the United States on occasion. But I believe that in the interest of fairness, I do need to be mindful of my personal prejudices. Thus, at least for the time being, I tend to find myself leaning towards the position advocated by Mohsin Zaidi. A woman should not be forced to wear a burqa or a niqab if she does not want to. Likewise, she should not be forced not to wear one just because I do not like the fact that she may voluntarily want to wear it.
Posted by Tommykey at 10:36 PM

That's a tough one. I think I tend to agree with you on this. But do you think they should have to remove it for a driving/state I.D.?

Hey Tina! How ya been?

Of course, I agree that in certain instances a veiled woman should be required to show her face for purposes of identification. I don't think anyone has a problem with that.

However, when one advocates banning the veil, if it includes something relatively harmless such as a Muslim woman walking a couple of blocks from her home to go to the local halal butcher or to worship at her mosque, I think that is taking things a bit too far.

I don't think they should be banned it should be a choice, however, with a choice like that comes consequence. Jobs will probably be hard to get. I work for a company that would never hire a fully veiled person simply because of security, we have to be able to match the face to the id badge. Same with getting a drivers license. If they won't remove the veil for the picture, too bad no license.