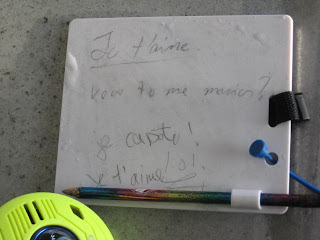 Among the other passengers on the Aqua Cat were a young French-Canadian couple, Justin and Genevieve.  On the dive deck, their area was too my right.

Justin caught the attention of my children during breakfast on Sunday morning, because he walked into the dining area wearing a Speedo swimming brief, which, as you can see from the example in the preceding link, doesn't leave much to the imagination.   When my kids saw him, they couldn't stop laughing because they had never seen a man wear one before, and I finally had to tell them to get a grip on themselves.

At any rate, after one of the dives on Tuesday, I can't remember which one, after I had put all my gear in place for the next dive and taken a shower, I went back to my dive station and noticed Justin's dive slate on the bench by his dive station.  I saw that it was written in French, and at the time it read "Je t'aime," which is French for "I love you."  Aw, that's romantic, I thought.  Then I glanced at the sentence written below it ending in a question mark.  I said to myself, "I know I'm not exactly fluent in French, but that looks like a marriage proposal."  And sure enough, when I went up to the sun deck, I had found out that Justin had indeed propose to Genevieve during the dive.

Mikey, the crew member who was also serving as the ship's videographer, filmed the proposal at Justin's request.  Everyone got to see it when they played the video for us on Friday night, our last evening on the boat.

On Tuesday evening, rather than doing another night dive, we had a shore excursion to Norman's Cay Beach Club, and I celebrated Justin and Genevieve's engagement by buying them a round of drinks. 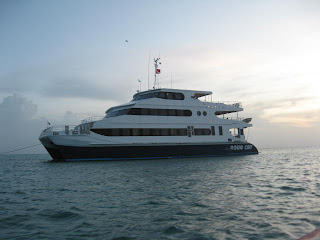 The Aqua Cat at dusk as photographed by me from the Magick. 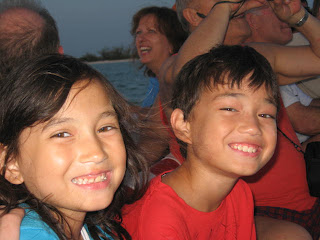 My kids in the Magick. 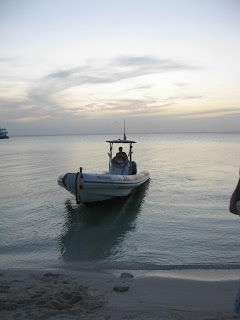 The Magick at shore, with First Mate John a silhouette in the twilight. 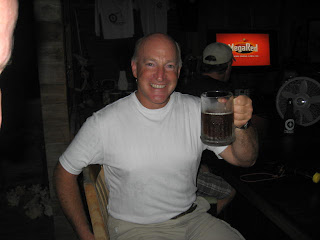 Captain Mark with a cold one at Norman's Cay Beach Club after a hard day's work. 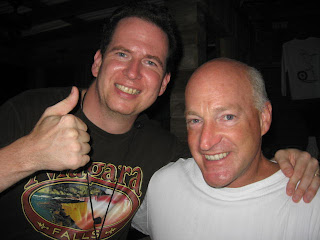 The captain and I pose for a photo.

Sherri and Nina enjoying their liquid refreshments.  Sherri is from Texas.  I accompanied her husband Craig during dives when she wanted to stay on the Aqua Cat and relax.  Nina, the taller lady in the brown top, was part of our group that flew down from New York. 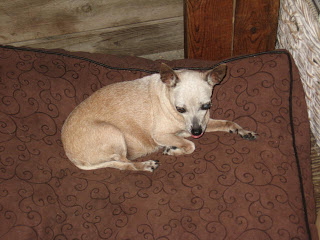 One of the local residents of Norman's Cay Beach Club. 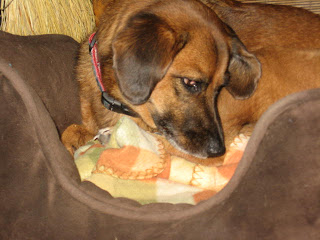 The other resident of Norman's Cay Beach Club.

All in all, it was a nice little change of pace for us.   The next day would see some interesting diving.
Posted by Tommykey at 11:15 PM

This is great!! I think the idea is so awesome!!