The owners of this house at the first street corner east of my house must have been extremely grateful at how lucky they were. 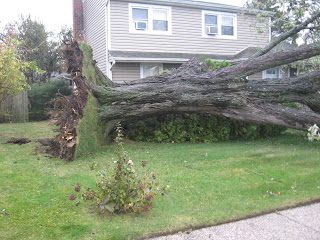 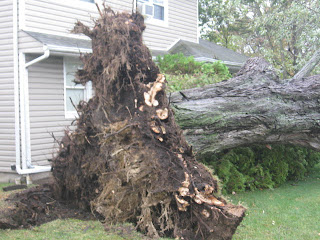 The tree had fortuituously fallen at an angle somewhat diagonal to the house, which resulted in the house avoiding any structural damage.

Unfortunately, not everyone shared the same fate. 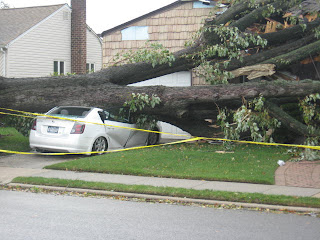 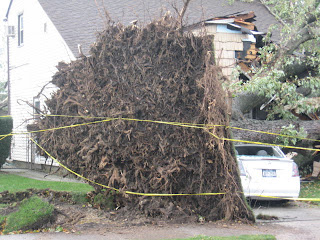 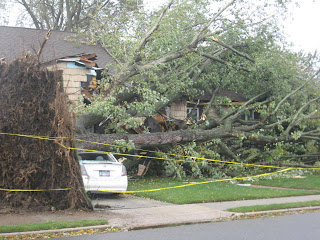 I was fortunate in that the large maple tree in my backyard did not fall, as it had swayed visibly at the peak of the storm, though the yard did end up becoming strewn with many large branches. 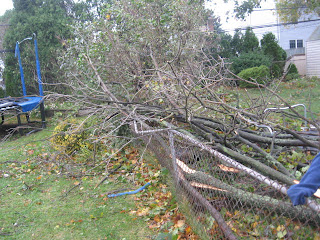 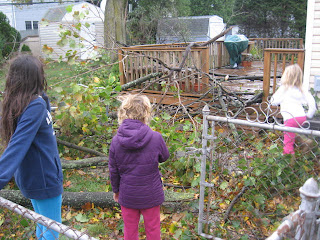 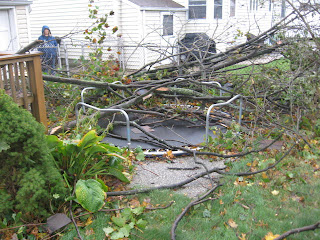 In one photo, you can see that a section of chain link fence was bent from the impact.  The house was also dinged in a few places, with the gutter being dented in a spot and one of the bulbs in the backyard floodlight getting knocked out and shattered.

I have since cut up the large branches with my chain saw and they are now in a pile in the back.  The Town of Oyster Bay does take them away once a week if you bring them to the curb, but with so many people having downed trees and branches, only a small amount can be put out at any one time.  If too much is left at the curb, they simply ignore it, so I will have to bring one bundle per week to the curb until the pile gradually disappears.  It's times like these where I wish I had a fire place so that I could burn it.

The front of the house also suffered some exterior damage, with small sections of roof shingles having been torn off. 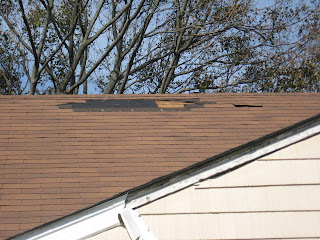 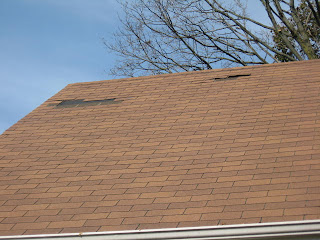 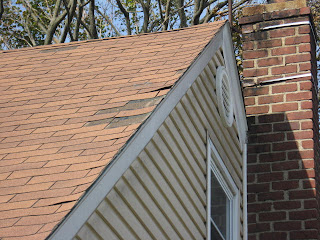 The damaged areas of the roof are now covered by tarp, as we were hit with a nor'easter storm the week after Hurricane Sandy, so I had to make sure the exposed areas were protected so as to avoid further damage to the house.

All in all, my house didn't fare too badly.  Yes, the roof will need to be fixed and we will have to spend money to get the tree cut down in the back.  But these are minor inconveniences compared to the devastation suffered by many of my fellow Long Islanders who live on the South Shore.  It will be a long time before many of them experience a return to normalcy.